I found my old Dropbox account, with backups from my first playable games that I would like to share with you in this post. Sadly I am not able to provide screenshots or the download, because the backups are not containing the complete project files needed to run those games.

This is a Simple Jump and Run Platformer with a few levels, that I build themed to a Person on Twitch. Build with an Easy Drag and Drop game no-code game engine, called BuildBox.

After this game I wanted to make more, but the free tier of Buildbox limited my creativity. So I moved on to learn C# and proceed to Build games with Unity3D. And after a while I released.

After 8 Month I had my first game for GameJoilt ready, with self made Logos and more. But never actually submitted it. I wish to know why but that just never happened.
I've created the levels in paint, it is basically a very low resolution image. That got read pixel by pixel and converted to a Unity scene. Each pixel color represented a prefix in Unity. So I had a faster time to create levels, I worked on a level creator that enables me to create levels on my phone in my spare time, with an easy export logic to import that to the game, but before I got that working I got lost in another project.

So these are a few games that I made. 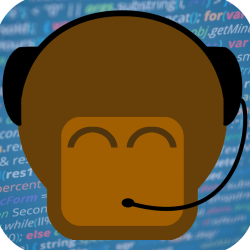